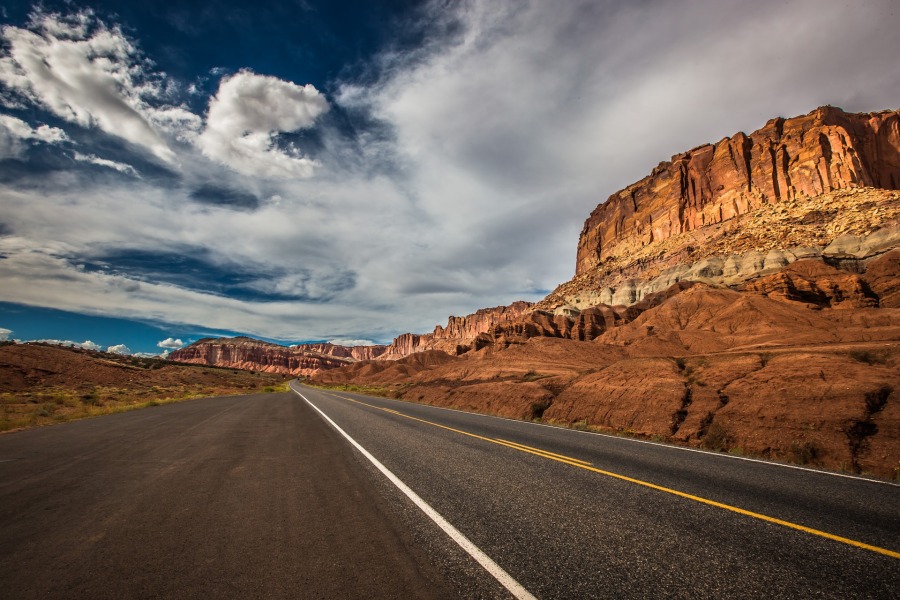 Fresh out of college, I’d fled my childhood home in Cincinnati for an archeological field school in Ramah, New Mexico.

After the six-week field school, I couldn’t go back home. Living with parents was not appealing. I heard a whisper: go west, Terry, go west. Along with another student attending the field school—an arrogant French Canadian guy—we stuck our thumbs out. By hitch hiking and a long train ride we made it to Oakland, California. I found a college friend living there. We crashed in her studio apartment and mooched off her.

After a few days her boyfriend grew suspicious of the Canadian dude. He thought my companion was making eyes at her (he wasn’t—his eyes were for me only). I was urged to leave, or at least move the Canadian out. He and I were sleeping on their tiny balcony and it was time to move anyway.

Around the corner I found a studio apartment in a small house. I lied on the application to rent it. I said I had a job and gave my friend’s phone number for a reference. It worked. I moved into my first apartment in Oakland near Lake Merritt. The rent was $100 a month. This was back in 1976. There was no furniture, so I slept on the floor on my sleeping bag and pad I’d brought from Ohio for camping at the field school. After buying some dishes, cutlery, and cookware from a thrift store, I was settled.

I figured my savings of $500 was plenty for now, since I was sure I’d find a job soon. I walked everywhere from there–to buses, to BART, the grocery, the laundromat. I explored San Francisco, Oakland, and Berkeley on practically no money.

I got a few jobs with a temporary job placement agency, including answering phones in their main Oakland office. I exercised initiative and scheduled a personal interview for a woman whose application for temporary work said she did data entry. That was a dumb thing to do. Data entry was data entry, and why would a phone-answering temporary employee schedule someone for a personal interview with the boss of the office for a job that didn’t exist? I don’t know what I was thinking. I moved on before that excited woman embarrassed me by showing up for her interview. She was probably humiliated when the boss told her there had been a mistake due to the over eager and naïve “temp.” That stupid thing I did when I was 23 haunts me to this day.

But is it possible that somehow a data entry job came up that very afternoon for which she was perfect, and the boss interviewed her and that woman who was desperately seeking work landed a job after all? I’ll never know.

I also pedaled carpet cleaner, walking into retail businesses, trying to convince them they needed a jug of Argosheen plus a pink mop for their carpets. That job didn’t last long. I was terrible at it. I finally got a real job as a bookkeeper. I’m not sure why or how I got that job—I had no experience and wasn’t even sure what a bookkeeper did. It was a medical supply rental place, and the owner hired a cadre of young people to work there, I think because he liked having a lot of young energy around.

I stayed in the little studio apartment for about nine months. Before I left, I met the young woman living in one of the three apartments in the house. That was after I met her boss, who came looking for her one day. He said she’d missed work for a couple days and he was concerned. I offered to look in her apartment with him just in case there was a serious problem. We climbed the stairs and through an unlocked door entered a small studio, unkempt and smelly. “So this is it,” he said, probably thinking he didn’t pay his employee nearly enough salary so she could live in a nicer place.

But that wasn’t “it.” I met the missing woman a day later. She lived in the nice big apartment directly across from mine. Over tea we giggled about me showing her worried boss into the wrong apartment. That one belonged to an older woman who lived alone and whom I met even later. I never told her I’d been in her apartment with a strange man.

So where was I at age 23? I was stretching my young wings. I’d successfully gone west with hardly any money. I was learning how to navigate the Bay Area. I did some stupid things and some adventurous things, and I was learning to take care of myself. I also sent the arrogant Canadian dude back to Montreal.