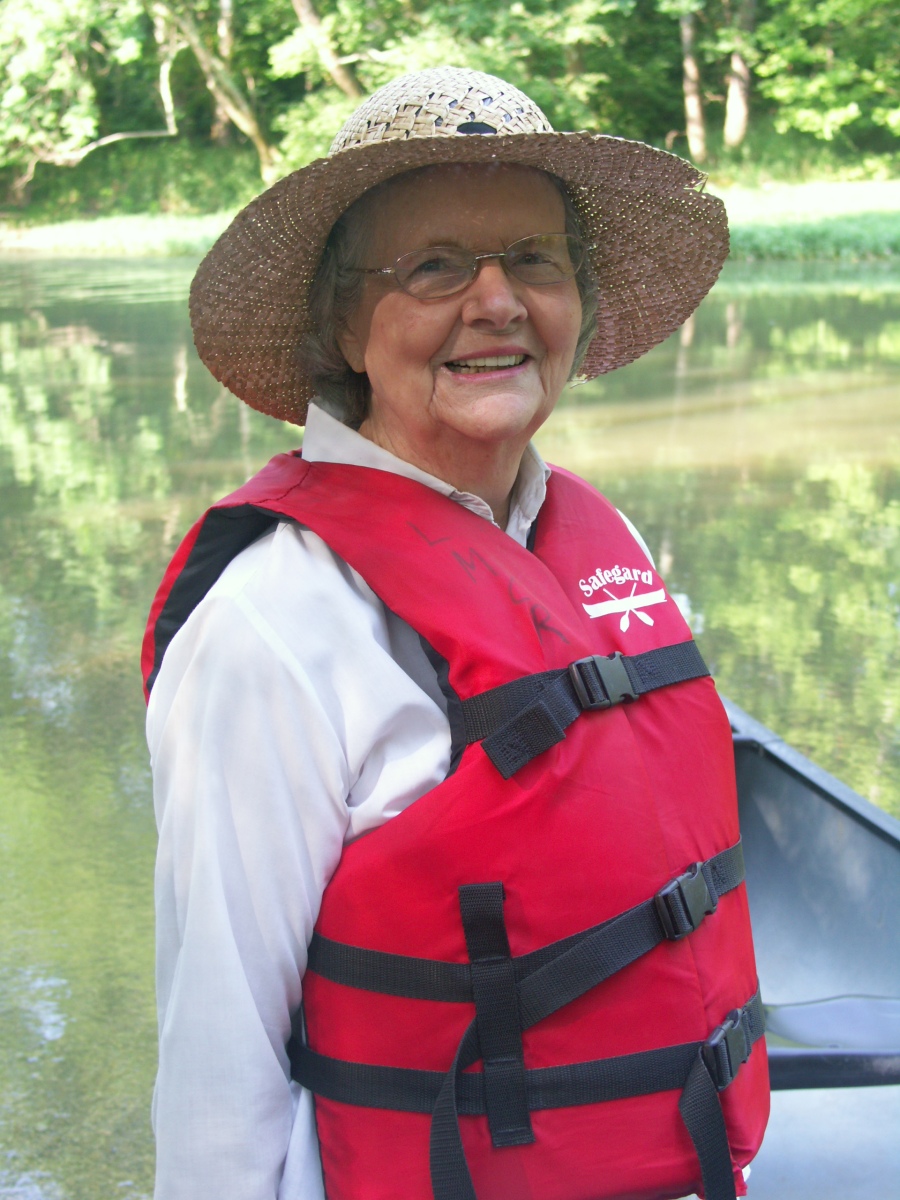 Earlier this year my 96-year-old mother passed away. Mom assigned me to tell this story at her funeral services. When I was a girl she and Dad had bought a small farm in Indiana, where on weekends he enjoyed playing farmer and she enjoyed out-fishing her husband. The kids fooled around mostly—we swam and fished and hiked around and pulled ticks off our legs. Then we drove back to our home in Cincinnati and looked forward to the next weekend at the farm.

Mom made me promise to tell her story the night she, Dad, and I went to dinner, after they had sold the farm some 25 years later. We all had a drink, and were getting kind of loose-tongued.

That’s when I learned Mom was a criminal.

She said she’d always wondered what all the fuss was about with marijuana. She decided to find out. At age 60 or so, when the kids were gone and she was spending a lot of time at the farm, she started her own cannabis patch. She said she’d gotten some seeds from one of her children. It wasn’t me, so that leaves one of the other three. Seeing that they looked similar to radish seeds, she said she stored the dope seeds in a radish seed envelope she had emptied. I thought that was clever.

One day she collected a bucket of composted manure from the barn, and hauled it to a place she said will never be revealed, but it was near a wooded area. She dug a hole, filled it with the fertile compost, and planted seeds. Rain did its work, and two seedlings emerged. One of them in particular thrived, growing as tall as my mother. She visited her cash crop every other week or so, monitoring its progress, hoping that the farmer neighbors wouldn’t get suspicious at her going to this place on her land which she would never visit otherwise. She said Dad knew what she was doing. He thought she was foolish but didn’t stop her.

Mom was cautious and conservative in a lot of ways. I don’t remember her ever talking to me about drugs. I do know that she served on a jury where the accused was charged with something having to do with possession of marijuana. She told me the jury convicted him, one of the reasons being that she thought marijuana was a gateway drug and he was headed for heavier stuff.

So back on the farm, Mom raised this really big healthy marijuana plant in conservative rural Indiana. The details about consuming her gateway drug were a little fuzzy, but she does remember that she harvested some of the leaves and took them to the farmhouse kitchen. She vaguely remembered having some white paper, and generating smoke by burning the leaves. She said she got smoke in her mouth, but she never inhaled, just like the president. Her husband, who was watching, told her, “Get that stinkin’ stuff out of here.” Which she did.

As she told me this story, I was incredulous. For one thing, she smoked the leaves, not the buds. What a waste of homegrown weed. And what happened to her plant? She said she stripped it of its leaves so no one could identify it, and never visited again. For all we know, it continued to grow, reseeded itself, and now a healthy patch of marijuana is growing in the backyard of some unsuspecting farmer who now owns the place.

Recently, when I spoke with Mom about her adventure with drugs, she said, “I was stupid. It probably would have been very bad.” And she begged me not to write the story down, but I reminded her that she made me promise to tell the story, so I had to get it right. It is, after all, your legacy, I argued. She was laughing over the phone, quite tickled over the whole thing. I asked her, “Mom, do you really care if people think you’re a criminal for what you did 35 years ago?”

“Not really,” she said, and added one more thing. “Back then, I couldn’t understand why it would be so bad to grow a plant.”

After reading this account to my memoir-writing class, the oldest student, at 88 years, said, “I want to meet your mom.”

I wish he could have.